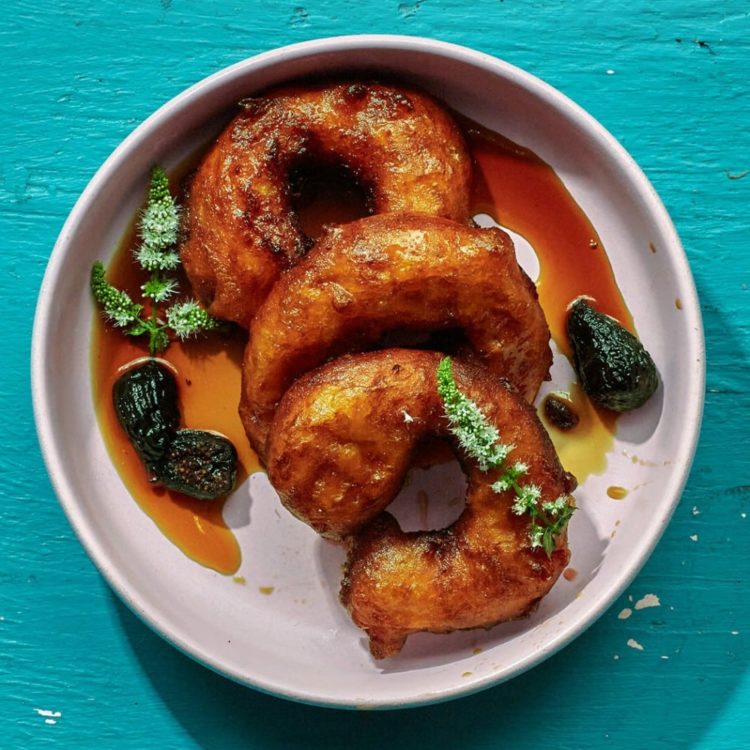 Bon Appetit
“You could say that picarones are like a sweet potato-and-squash doughnut, but that doesn’t pay enough respect,” says Hender Gonzales. “Doughnuts are, what, Dutch? This is something we Peruvians came up with ourselves.” Gonzales’s version, which they doled out during their pop-up at Ursula in Brooklyn, is made of a sweet potato–based dough that’s fried until crispy and soaked in spiced syrup. The syrup is sweetened with chancaca (also known as piloncillo and panela), which is a type of unrefined whole cane sugar that you can find in most Latinx grocery stores, in the Latinx section of supermarkets, and online.
No ratings yet
Print Recipe Pin Recipe Add to Collection Go to Collections
Total Time 1 hr 30 mins
Course Desert
Cuisine Chilean, Peruvian
Servings 12 Donuts