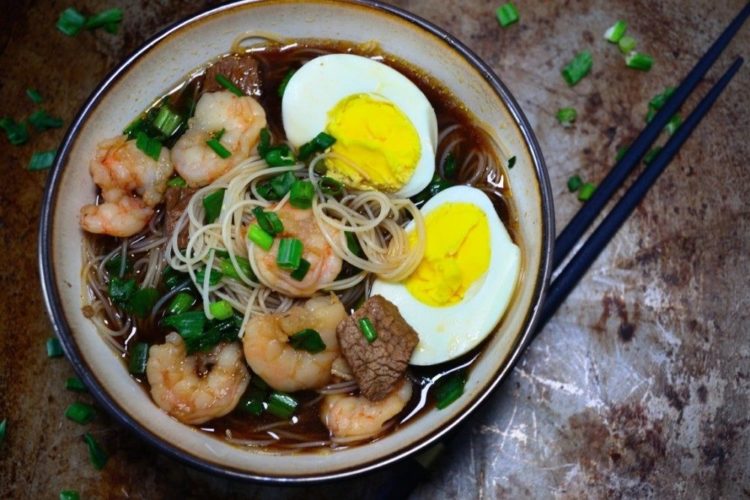 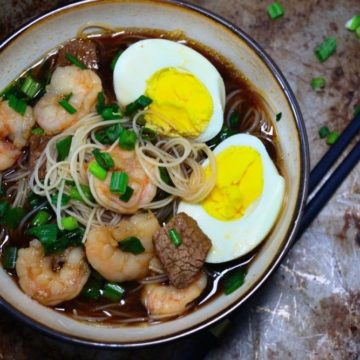 Brittany Coop
Here’s my take on a New Orleans original!! Good Ole Sober!! Cures you from that wild night of fun on Bourbon Street. Now, this Creole/Asian dish was meant to utilize readily available ingredients. So, leftover cooked meats are welcomed. To those not familiar with Yakamein, this soup can look a little scary! But, trust me, once you try this recipe, you’ll be hooked. Watch me cook….
No ratings yet
Print Recipe Pin Recipe Add to Collection Go to Collections
Total Time 3 mins
Course Main Course
Cuisine New Orleans, Soup
Servings 4 Servings

Yaka mein is sometimes referred to as "Old Sober", as it is commonly prescribed by locals as a cure for hangovers. Vendors are common at New Orleans second lines, along with other settings including the New Orleans Jazz & Heritage Festival, alongside many other Creole and Cajun specialties. One of the major proponents of yaka mein since 2006 is Ms. Linda Green, who caters the dish at the Ogden Museum of Southern Art, JazzFest, Oak Street Po’Boy Fest, among other locations and cultural events in New Orleans. The soup is well loved by locals but not well known outside of the city and its surrounding region.
Tried this recipe?Let us know how it was!