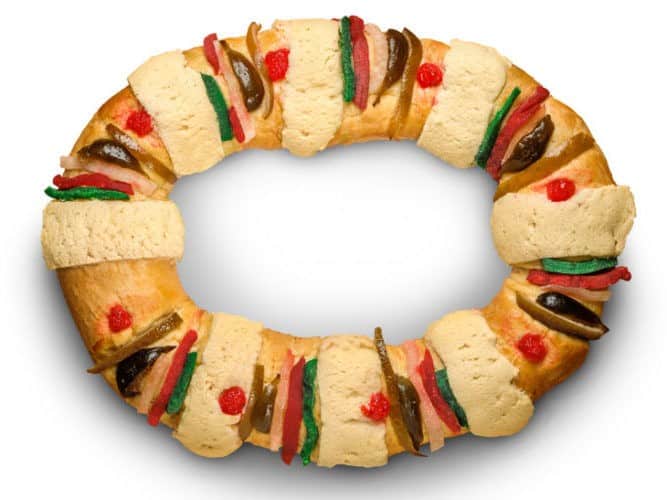 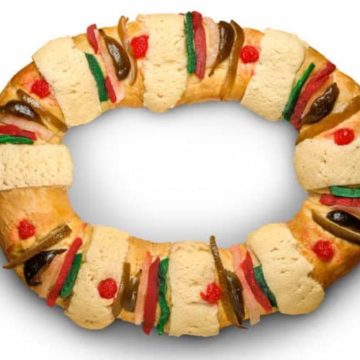 Mike Nadelman
Roscas de reyes is a ring of kings or three King's bread. The cake itself is an oversized version of kingcake colored with candy fruit. Raisins, milk, anise, cinnamon, vanilla, and colorful candy fruit are used depending on the recipe. At least one plastic miniature figurine of the baby Jesus can be hidden inside the cake. The person who finds it is seen as the lucky winner of the prize (whatever that might be). In many traditions, the person who finds a plastic baby first must host a dinner party, and anyone who finds another plastic baby must bring a dish. The dinner party is hosted on 2 February, which is called "Dia de la Virgen de la Cadelaria" ("Day of the Virgin of Cadelaria"). After eating the rosca, the children leave their shoes near the doorstep so they can receive a small gift.
No ratings yet
Print Recipe Pin Recipe Add to Collection Go to Collections
Course bread, cake, Desert
Cuisine Mexican
Servings 16 servings
Calories 257 kcal

• Read all the instructions from top to bottom before you start baking
• Make sure you have all the cooking utensils needed.
• Ingredients must be lukewarm as indicated in the list.
• Make sure your oven is preheated 20 minutes before baking to help the dough rise.
• Insert plastic doll from the bottom before baking.
• If you don’t find the traditional decorations, use prunes, pecans, walnuts, or fruit cake mix.