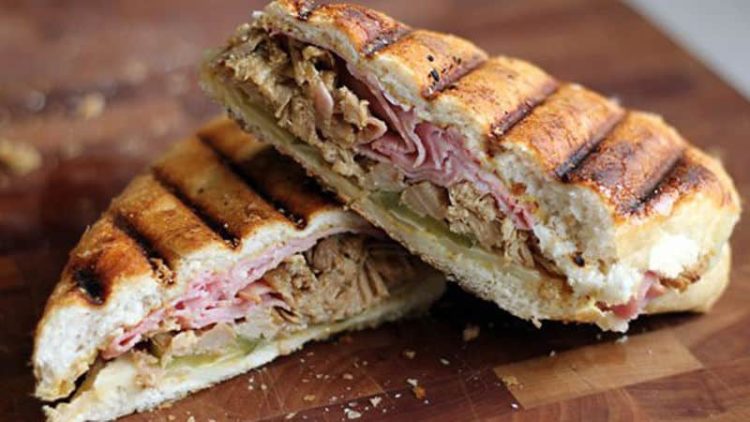 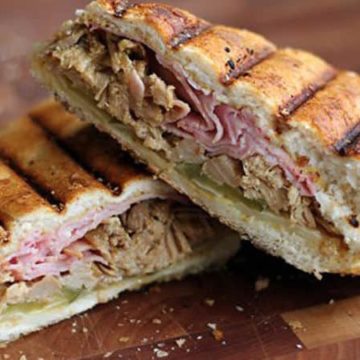 Three Guys from Miami
A Cuban sandwich (Spanish: Sándwich cubano) is a variation of a ham and cheese sandwich that likely originated in cafes catering to Cuban workers in Tampa or Key West, two early Cuban immigrant communities in Florida centered on the cigar industry. Later on, Cuban exiles and expatriates brought it to Miami, where it is also very popular. The sandwich is made with ham, roasted pork, Swiss cheese, pickles, mustard, and sometimes salami on Cuban bread. Salami is included in Tampa, where there is a large Italian population, but is not usually included in South Florida. The Cuban sandwich is at the center of a long-running friendly rivalry between Miami and Tampa. As part of that rivalry, the "Historic Tampa Cuban Sandwich" was designated the "signature sandwich of the city of Tampa" by the Tampa City Council in 2012.
No ratings yet
Print Recipe Pin Recipe Add to Collection Go to Collections
Prep Time 20 mins
Total Time 5 mins
Course Main Course
Cuisine Cuban, Pork, Sandwich
Servings 4 Sandwiches

We like to get these from The Mexican Bakery in San Jose, California when we are there. Otherwise we might vary the style and ingredients like adding roasted garlic and sauteed onions.
Tried this recipe?Let us know how it was!